Home > News > Webinar | Intimidated by the idea of making your career in commercial real estate? Come and talk to 2 experts from this sector !

Webinar | Intimidated by the idea of making your career in commercial real estate? Come and talk to 2 experts from this sector !

20 December 2021
Webinar | Intimidated by the idea of making your career in commercial real estate? Come and talk to 2 experts from this sector !2021-12-202022-01-03/wp-content/uploads/logo-new.pngESPI - Ecole Supérieure des Professions Immobilièreshttps://groupe-espi.fr/wp-content/uploads/actu-webinar.jpg200px200px

On Thursday, December 16th, 2021, we had the opportunity to organize a webinar, welcoming David Hunt & David Hourihan, two experts in commercial real estate to share their experiences in different European countries.

During an hour, they talked about their journey, the challenges they had to overcome and they were able to inspire and to answer questions from students interested in a potential career abroad.

Who are the speakers, David Hourihan and David Hunt ? 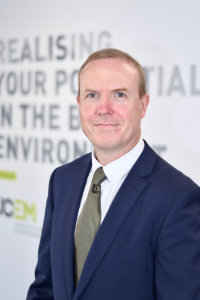 David has worked for 15 years in Ireland and in United Kingdom in commercial real estate. He had the opportunity to work with big real estates companies such as JLL and Colliers International. His clients include Société Générale, Metzler Bank, Mobile Oil, Aviva, British Land and Scottish Widows. 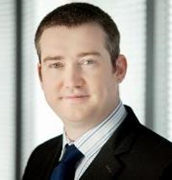 David Hunt has over 12 years of commercial real estate experience, most of which was gained in Central and Eastern Europe. As a Chartered Surveyor he has specialised in real estate valuation, mostly working on reports for secured lending, investment, and financial reporting.

David joined UCEM in September 2015, principally as a tutor on the valuation modules, before taking on the role of Module Leader in February 2016. He is currently an Academic Delivery Manager and the programme leader for UCEM’s access and transitions programmes.  He is a member of the RICS and a fellow of Advance HE (formerly the Higher Education Academy).